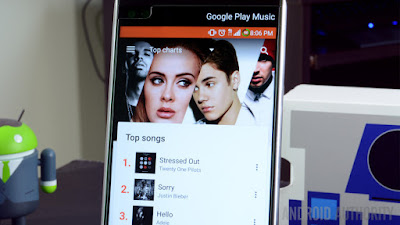 The long wait is finally over for Indian users who have been longing to plug themselves into Google Play Music. The music streaming service has just gone live for users in the country, nearly five years after the music store became available in the U.S.

It’s a wonder that it took so long time for Google to release Play Music in a country where Android subscribers account for majority of the mobile users. But what it lacks in timing, Google compensated with a vast collection of songs including new Bollywood albums like “Indian Ocean”. That’s on top of international hits and Bollywood tracks from the two last decades.
Tracks costs more in Google Play Music than they do in other music streaming services already available in India such as Apple Music. For example, individual tracks could set you back ₹15 (~$0.23) compared to ₹9 (~$0.13) per song in Apple Music.
Unlike Google Play Music in other countries, however, Play Music in India appears to be lacking support for Play Music All Access, Podcasts and radio. Whether Google plans to roll out these features to Indian shores remains to be seen. Still, users can upload up to 50,000 songs from their own music collection.
Play Music All Access is the premium subscription of the service that lets users gain access to as many songs as they want for $10 per month. As it is not yet available in India, users will need to purchase individual songs, and that might be the biggest challenge that the service will be facing in India.
Share186Tweet116Share47