Google Home will be available November 4 for $129 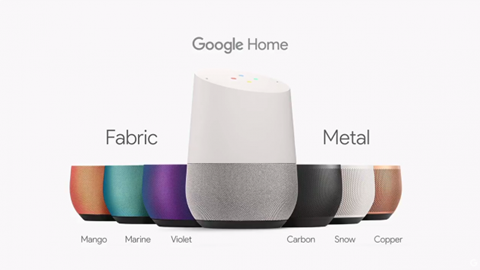 Originally announced at Google I/O back in May, Google has announced more details for it’s Echo-compeitior Google Home, including a launch date of November 4 for $129, with a six month trial of YouTube Red.

As was previously detailed, Google Home is powered by the conversational Google Assistant which will do everything from turn on your TV and lights to text contacts, make calendar events or read you the news.

The original design we saw for Google Home was final, which means it looks just as gorgeous as ever, swappable color bases and all. Today we learned it will come with a capacitive touch panel on the top of the unit for additional physical controls when you cannot use your voice.

Since it’s powered by Google Assistant, Google Home will learn more about you and how you use the device the more you use it. You won’t have to constantly ask Google Home to play music on Spotify, it will eventually learn that you use Spotify and choose the app automatically.

Google Home is available for preorder on the Google Store starting today.