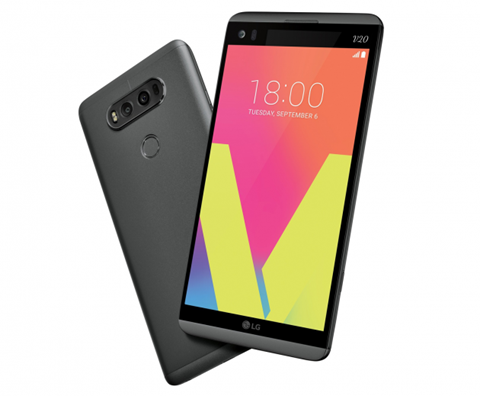 T-Mobile confirmed it would be launching the LG V20 on October 28 earlier this month, and now the Un-carrier has opened up pre-orders.
T-Mobile has officially announced that the LG V20, the first non-Pixel Android smartphone to come preloaded with Android 7.0 Nougat, is now available to pre-order. Pricing is set at $49.99 down and
$30 per month for 24 months after that. For the folks using JUMP! On Demand, the phone price is $0 down, and then $34 per month for 18 months. If you prefer to pay full price, T-Mobile is pricing the V20 at $769.99.


T-Mobile is offering up to a $200 credit for customers that trade in any 4G smartphone towards the purchase of their V20. T-Mobile is also offering is a pair of Beoplay H3 headphones to V20 buyers. Both of the offers will be around only for a limited time.
For customers that want a tablet, T-Mobile is offering a free LG G Pad F 8.0 or the LG G Pad X 8.0. Whichever you choose, your tablet will be attached to a 24-month financing agreement and you’ll need to have a postpaid phone plan and a mobile internet plan that’s 1GB or larger to get the tablet deal.
If you need a refresher on the V20′s specs, it includes a Snapdragon 820 processor, 4GB of RAM, 64GB of built-in storage, a microSD slot, NFC, USB Type-C, and a fingerprint reader. There’s also a 3,200mAh removable battery.
On the back of the V20 lives a 16-megapixel standard camera and an 8-megapixel wide-angle camera. The V20′s also got what LG is calling Hybrid Auto Focus, which offers laser autofocus, phase detection autofocus, and contrast autofocus. There’s Electronic Image Stabilization 3.0 for reducing shaky video capture, too.
Do you plan on picking up the V20 from the Life’s Good crew?
Via: T-Mobile Newsroom
Source: LG V20

How to apply skin iPhone 7 and iPhone 7 plus