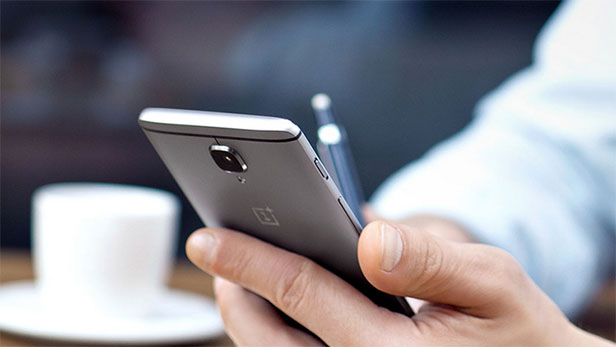 ONEPLUS 4 NEWS AND RUMOURS: WHAT WE WANT TO SEE IN THE NEXT AFFORDABLE ANDROID KILLER

On the third attempt, OnePlus has finally released a phone that almost ticks all the boxes and can actually take the fight to the Samsung Galaxy S7 and HTC 10. It looks good, ditches that awful sandstone back and doesn’t take seemingly forever to charge. It’s still ridiculously affordable though, and you don’t even need an invite.
Even though we’ve only had the OnePlus 3 in our pocket for a few weeks, our minds are already eagerly wondering about how the Chinese startup will improve with the OnePlus 4.

What is the OnePlus 4? The likely super-affordable follow up to the OnePlus 3
OnePlus 4 release date – when’s it out? Summer 2017
OnePlus 4 price – how much will it cost? Around £300, or $400
We’ll be updating this page with all the news and rumours regarding the upcoming OnePlus 4 so bookmark this page to always be up-to-date

The display on the OnePlus 2 was far from fantastic, and while the OnePlus 3 improved on it substantially it’s still not perfect.
First off is the resolution. Now, currently 1080p at 5.5-inches is fine and we can’t spot pixels, but 2017 is going to be the year of VR on phones and for that you need it to be a lot denser. Quad-HD is really the minimum for VR, so hopefully OnePlus will finally give us that highly-requested feature.

With the emphasis OnePlus has already placed on virtual reality – sending out free headsets for the OnePlus 3 launch – we’d put big money on this being a tent-pole OnePlus 4 feature.
But it’s not all about resolution, far from it. One of our only real complaints with the OnePlus 3 is the colour representation of the panel. It gives off overcooked, unrealistic colours and while this won’t be a big issue for many, it’s annoying once you notice it.

Our only other mega annoyance with the OnePlus 3 is its inconsistent battery life. In our tests we found it wasn’t the best when it came to gaming performance, with stamina not always as good as it should be.

We’d love the OnePlus 4 to have a bigger battery, as we really don’t need the phone to be quite so thin. Bulk out the back with more battery, getting rid of that camera hump in the process, and you’re golden.
There’s also some improvements that we’d like to see with the charging solutions. Yes, the Dash Charging used here is very fast but you have to be using the charging brick and cable supplied with the phone. Use anything else and you’re back to slow juice up speeds. Personally, we’d take marginally slower charging and better support for other cables and blocks simply for convenience.

Even though the rightfully maligned invite system was finally scrapped for the OnePlus 3, it’s not all smooth sailing if you actually want to hand over your cash and buy the thing. 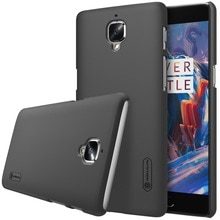 UK customers are complaining of hold-ups and delays to their orders, with OnePlus stating that “the demand for the OnePlus 3 in the UK has been above and beyond what any of us expected initially.”
That seems a typically PR friendly response, surely OnePlus knows us Brits love a bargain. To become a real player, these sort of delays and issues need to be completely stamped out. Until then, OnePlus just won’t be taken completely seriously.                                  One plus 3 case Oneplus 3

Metal back. Curved sides. A home button sitting underneath the display. The OnePlus 3 is hardly unique when it comes to design. In fact, it looks like an iPhone 6S and an HTC One M9 had an unnatural offspring.

For the OnePlus 4, we’d like to see the brand add a bit more individual style to the phone. Offer it up it in more colours that aren’t restricted to gold and black, give it some flair and something that’ll make us stand up and take note.

Normally, we’d be far more critical of a phone for not having an SD card slot but as the OnePlus ships with 64GB of storage anyway it’s not really a vital ingredient.
Still, it’s nice to have and with adoptable storage letting you combine your internal and external storage into one there seems less reasons than ever to leave it out. There’s clearly space too, as the OnePlus 3 has space for dual-sims.
Share186Tweet117Share47

How to apply LG V20 Skins