Pixel or iPhone? What Your Choice of Smartphone Says About You 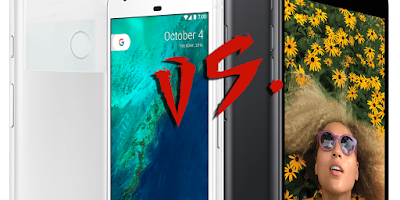 Sean Gallup/Getty Images
This week Google launched its new phone, the Pixel. Not a month ago, Apple unveiled its latest, the iPhone 7. To be expected, several websites — BGR, IB Times, CNET, USA Today — pushed out reviews, extolling the virtues of one over the other. But for some folks, which phone you buy may have less to do with its features and more to do with who you are.
Shaw her colleagues conducted a couple of studies to see what phone choice said about a person. First, they asked 243 participants to list different stereotypes they associated with the users of each brand. Characteristics such as honesty, humility, agreeableness and openness came up.
Next, the researchers tested the stereotypes against actual personalities. To do that, they asked 530 Android and iPhone owners to take a personality test. Afterward, the test-takers were asked what kind of phone they owned.
When Shaw and her team looked at the results, they found this:
This last point is interesting if you look at the advertisements for the phones when the study was conducted earlier this year. Android’s motto was, “Be together, not the same.” Apple’s slogan was, “If it’s not an iPhone, it’s not an iPhone.”
“We found that the personality traits of the smartphone users matched the brand personality of their owned phone,” Shaw told DNews by email.
To be honest (see earlier parens), technical features do impact my phone-buying decisions. Historically, Apple has been more stringent when it comes to accepting apps into their AppStore and arguably that has kept out bugs and malware. The newiPhone 7 has the secondary rear camera (Pixel doesn’t) and the new phone is water-resistant (Pixel isn’t). For people into the latest VR tech, the Pixel will probably appeal more.
But Shaw pushes back on this, wondering if we simply embody the semantics and characteristics of the technology we own. “If you buy an iPhone,” she said. “Over time you might start acting like a typical iPhone user.“
Share229Tweet143Send
Previous Post