SAMSUNG GALAXY NOTE 8 – WHAT TO EXPECT?

by andrioidpohone
in Samsung
0
466
SHARES
1.5k
VIEWS
Share on FacebookShare on Twitter
This week we have had a lot of new devices and we shared their specifications that we expected. In the previous post, we shared with you, the expected features of Google Pixel And XL and even Nokia D1C.
But this time, we have with us, the successor of Galaxy Note 7 (which even though had a lot of controversies). Yes, we have the Galaxy Note 8 in our list and we will be telling you what features we expect from the device.
In the previous version of Samsung Galaxy note (which is the note 7), we witnessed complaints globally that the devices bursted. This time, all Samsung has to do is to switch the batteries they use in their devices just to create something better that won’t be getting complaints globally of something unusual, particularity, bursting.
Let’s take a look to what Samsung has to offer us in 2017. 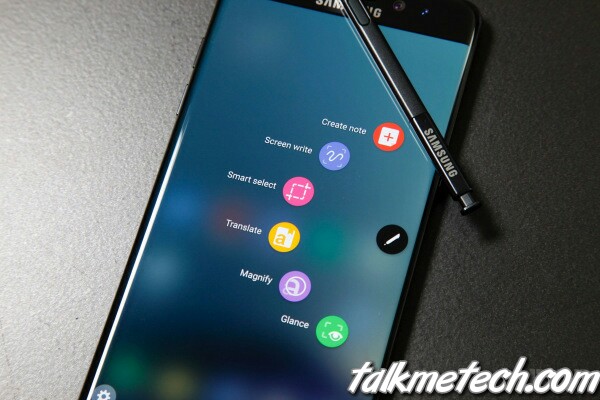 PLEASE CHANGE THE BATTERY!
Almost every user of the user of Samsung Note 7 is asking Samsung to change the battery of these devices because there is some problem with the batteries that causes the device to burst.
Samsung must be reeling from the disaster occurred due to Note 7 and so we hope the company would fix this problem.
REDEFINED STYLUS
The stylus is the iconic feature of the Galaxy Note family, a device that lets Samsung offer phablet fans a series of software tricks that aren’t available on other devices. The Galaxy Note 7’s S Pen brings over a slew of improvements compared to its predecessor, but Samsung has no plans to stop refining it.
The Stylus offered in Samsung Note 8 gives extra functionality to the users which wasn’t there in the Galaxy Note 7 or below range.
Having a speaker in the S-Penmeans the removal of a speaker and speaker grill from the device. Why would Samsung do this? One reason could be to free up space withing the Galaxy Note 8’s body. While this is pure speculation, Samsung could fill the space with an improved battery or newer capabilities.
NO 3.5 mm HEADPHONE JACK
What? Dear Samsung are you copying iPhone7 now? We have seen in the past that Samsung goes where iPhone leads and this time too, maybe.
However, Samsung chose to mock Apple regarding the rumors surrounding its absence at the Galaxy Note 7 launch. So we will just have to wait and see. But this may not be the only thing Samsung decides to copy over to the Galaxy Note 8.
DUAL-LENS CAMERA
This feature has NOT been taken from the iPhone 7. We have seen in the previous phones too like the HTC that the feature of Dual lens camera was present, even before the introduction of iPhone 7.
4K DISPLAY
Samsung hasn’t yet introduced this feature in any of its devices yet but the Galaxy Note 8 is expected to be coming with a 4K Display just because Samsung attended a trade conference in California recently where it showed off its 4K display and it is considered that this display might be accommodated into Galaxy Note 8.
PRICE
The Samsung is approximately scheduled to release at a cost of $800 to $999 soon.
Even though Samsung hasn’t officially released any post or officially confirmed that we will be getting the device in 2017 but looking at the reviews of the Note 7, it has become essential for the company to introduce a new phone just to cope up with the loss that it has been facing.
Share186Tweet117Share47

Google confirms Pixel IP53 rating, don’t get it too close to water