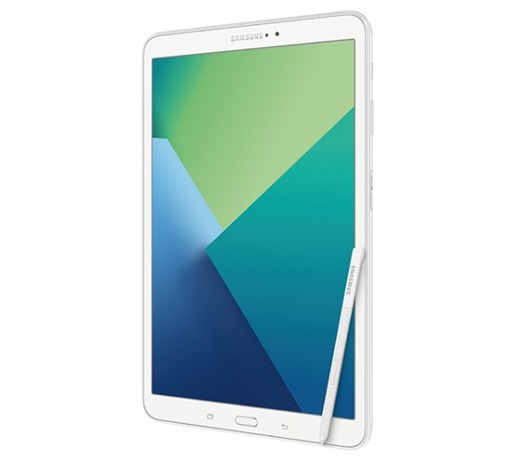 Samsung has a new tablet coming to the United States soon. It’s called the Galaxy Tab A 10.1 and it offers a 10.1-inch display that is 1.7 times denser than its predecessor, which should make it easier to read for extended periods of time. That display packs a 1920×1200 resolution, and Samsung included a blue light filter to reduce eye strain as well.

The other notable addition to this year’s Galaxy Tab A 10.1 is the S Pen, which Samsung is including in the box. With it, owners can create GIFs, draw and paint on photos, and much more. The S Pen has been a focal point for Samsung with its Galaxy Note lineup, so it’s good to see the stylus making the jump to other products.

As far as other specifications go, the Galaxy Tab A 10.1 features an octa-core Exynos 7870 processor under the hood, with 3GB of RAM and 16GB of built-in storage. There is a microSD card slot that supports cards up to 256GB. It’s running Android 6.0 Marshmallow out of the box, the battery is measured in at 7300mAh, and Samsung says that will run for 13 hours of video playback.

There is an 8-megapixel camera with autofocus on the back, and a 2-megapixel front-facing camera on the other side. It will be available in black and white, and it will cost $349.99 when it arrives on October 28.

Huawei reveals which devices will be upgraded to Android 7.0 Nougat