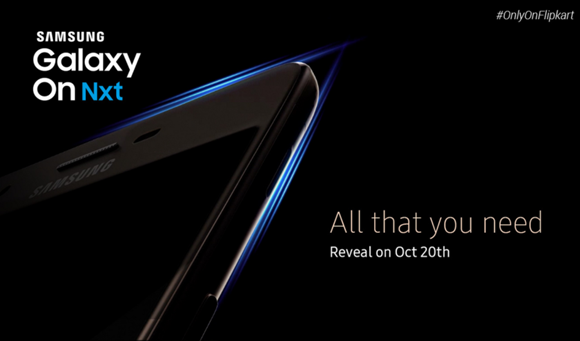 Samsung is all set to unveil a new Galaxy On series device. The company, specifically the tech giant’s India subsidiary, has posted a couple of teaser videos for the device, revealing some of the key specs including octa-core processor and full metal body.

Samsung India posted two teaser videos (clip 1, clip 2) on its official Twitter account that reveal a full metal unibody handset with an octa-core chip and a rear shooter with LED flash. Other than that, the company provides little information about what consumers should expect from the next member of its Galaxy On family of products.

It’s notable that the upcoming handset will be launched less than a month after Samsung unveiled the Galaxy On8. The Samsung Galaxy On Nxt will see the light of day on October 20 in India and will be sold exclusively on Flipkart. Until then, we’ll have to wait for more details about the phone. Or if you’d like to get notified on time once the handset debuts, sign up for Flipkart’s notification by hitting the button below.

Everything we know about the OnePlus 6T: Waterdrop notch, In-display Fingerprint Scanner, and more