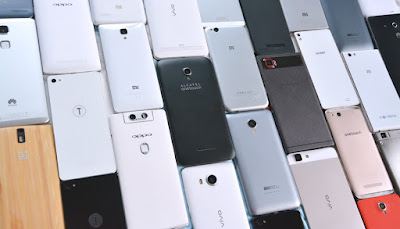 Things made in China often carry a bad rep: after all, being affordable is often given as their first and foremost virtue. You can’t deny that being competitive in terms of price is what Chinese companies are great at, but recently they have picked up the pace when it comes to innovation. Just look at the chart of the world’s biggest phone makers last year, in 2015: 7 out of the top 10 are from China. This is no coincidence: the Chinese market has grown hugely, but it is also international buyers that appreciate the work done by Chinese Android phone makers.
With rising stars like Xiaomi and Meizu working along with the heavyweights from Lenovo and Huawei, there is quite a lot of exciting new Chinese phones that you should know about.
We bring you just that: these are the best Chinese Android phones in various price tiers: from the premium, top-tier phones to the affordable ones. Take a look. 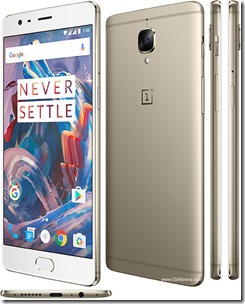 The OnePlus 3 is the first OnePlus phones to truly feel mature: gone are the experimental sandstone finishes, gone is the extremely annoying invitation system and coming to replace them is a phone that feels well-built and very solid. The OnePlus 3 might not have any gimmicky features that would make it espcially unique, but it does have that special $400 price tag in a world of similarly-specced $800 phones, and it does feature one solid and fast performance.

The Best OnePlus 3 Cases
Powered by the top-end Snapdragon 820 system chip and with a whopping 6GB of RAM, the OnePlus 3 runs fast and has a well-performing camera. It’s hard to find a reason not to recommend it, at its outstanding price, it’s one of the best phones around. 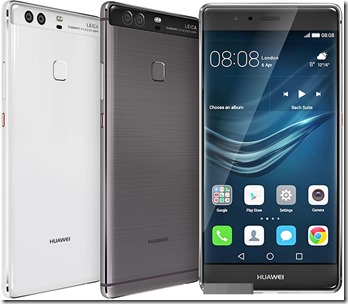 Huawei had phenomenal growth last year, finishing as the world’s third-largest phone maker behind giants like Samsung and Apple.
The P9 is its most important phone for 2016, carrying flagship status and offering an innovative dual rear camera setup. It also features sleek metal design and huge aspirations. But there are a couple of downsides as well: most notably, the custom Huawei interface on top of Android is a polarizing feat that many will find hard to get used to. Then, the camera has a few gimmicks up its sleeve like the Leica brand (it’s questionable whether Leica had much of an involvement with the lens here) and simulation of super wide-aperture, f/1.1 lens, but in reality those tricks are no replacement for great camera quality and the P9 is a step below this year’s best cameraphones. Still, if you’re in the search for a great regular-sized smartphone, the P9 has the performance and good looks to fit the bill. It’s also much more affordable than the Samsungs and Apples of this world. 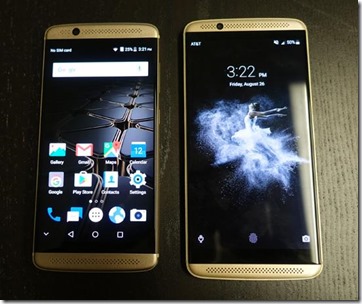 ZTE is serious about entering the US market and this year it’s introduced not one, but two phones for the US market: the 5.5" ZTE Axon 7 and its slightly smaller sibling, the 5.2" Axon 7 Mini. You can already buy the former for $400, a delicious price given the generous specs: Snapdragon 820, 4GB of RAM and a whopping 64GB of storage, while the latter is up for pre-order at a still enticing $300 price. There is one important thing that users have to consider when thinking about getting either one of these: the Android custom skin used on both is plenty different from most others and takes some getting used to. Plus, camera performance seems to be just slightly below the like of the OnePlus 3, but is still not bad by any means. The remarkable thing about the Axon family is the dual front-facing speakers that produce clear and loud audio, great for those YouTube and Facebook video addicts, as well as for those who listen to music via the speakers. 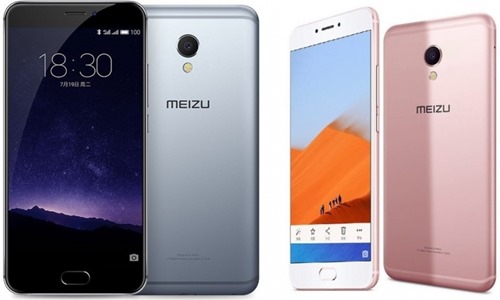 The Meizu MX6 is a thin and stylish phone made out of aluminum and priced competitively when compared against mainstream flagships. Still, for a Chinese phone, it is not a cheap device, but there seems to be good reason for it. It performs well, has a smooth and stutter-free interface, as well as a seriously impressive battery life, but is not particularly outstanding in terms of camera performance and has a few peculiarities in the menu system. Also, 4G LTE band support is extremely limited, so chances are that this will only work as a 3G phone in many markets. Nonetheless, it’s a device worth looking for,

The 5.2" Honor 8, a child of Huawei’s US-bound Honor sub-brand, is a truly beautifully designed phone. It features a stylish glass construction with a metal frame, and a fancy dual-camera system with a pair of 12MP sensors: one used mainly for gathering color information, and one for gathering luminance data. It’s remarkable how this handset squeezes all out of the 3,000 mAh battery on board: it lasted over 9 hours on our test, more than just about any mainstream flagship out there. Sure, that custom skin on top of Android might take some getting used to, but it still functions smoothly and the learning curve is not as steep as it might seem. 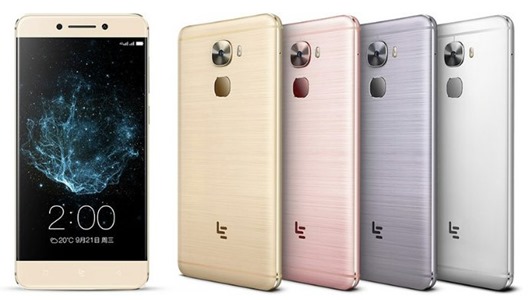 LeEco is something like China’s Netflix, except it also makes its own hardware, and in the past couple of years it has been making phone. The Le Pro 3 is the first phone that will actually be available in the United States, and that’s a big step for the company. So what makes the Le Pro 3 special? It’s certainly the value: at $400 this is yet another phone offering incredible value for the money. The phone is also thin, stylish and very good looking. It’s in fact one of the first phones to come with the latest and most powerful chip by Qualcomm: the Snapdragon 821, along with 4GB of RAM and a generous 64GB of storage. Unfortunately, the Le Pro 3 has fallen victim to the no-3.5mm headphone jack trend, and you will only be able to use its USB-C port to connect headphones (if you have ones that support USB-C connection). 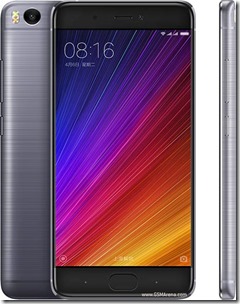 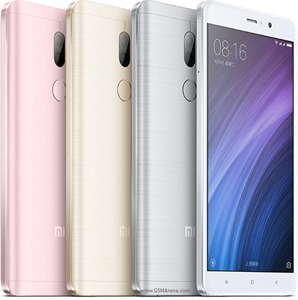 Xiaomi, China’s most talked about tech prodigy, seems to have fallen a bit out of grace in the past year or so. Its phones generally offer great value for the money, but they also have very limited 4G LTE band support and fail to deliver push notification for many messengers, both significant issues that make dealing with them a big hassle. Still, if you’re interested in the Xiaomi ecosystem, its Mi 5s and Mi 5s Plus both provide the firepower in terms of adequate specs at a great price. 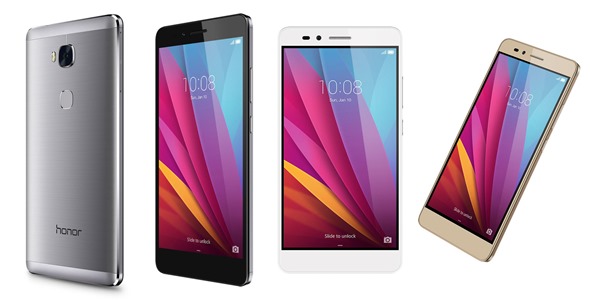 Honor, a sub-brand of Chinese Huawei, delivers a stylish metal phone with a 5.5" 1080p display, a fingerprint scanner and the very decent Snapdragon 615 system chip for a very alluring price.
The only downside to this phone is the somewhat unusual and a bit clunky user interface, but for all else this is a really good-looking device that packs much more style than other affordable phones and is worth consideration. 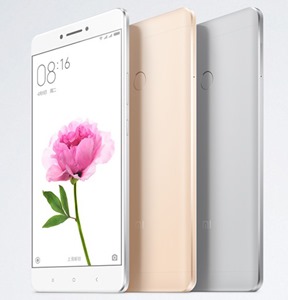 The Xiaomi Mi Max is different! A gigantic, 6.44-inch phone with a thin body and a premium metal construction, a decent camera and very good performance, is something that a certain group of people, however, will certainly appreciate. It also helps that this large size allows it to pack a huge battery that results in some impressive battery life. So who will the Mi Max be suitable for? Those who value boosted productivity on a larger screen, gamers, and a ton more. Just keep in mind that LTE bands are limited and as usual with Xiaomi phones, you get no official repair centers if you buy it in the United States. 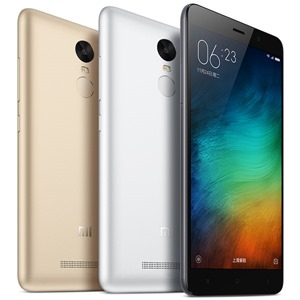 Another Xiaomi, the Redmi Note 3 Pro is often said to be the pinnacle of Xiaomi’s success: a 5.5-inch phablet with a fairly solid build quality, the feature rich MIUI interface and decent specs for a dirt cheap price. The Pro version of this handset also features a fingerprint scanner on the back, as well as more RAM and storage for expanded capabilities. 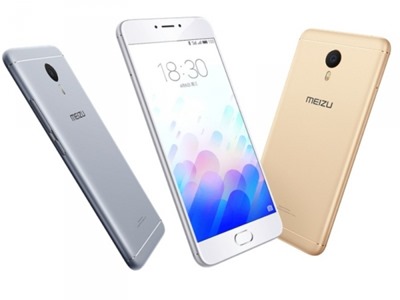 The Meizu M3 Note is a re-fresh on an already familiar Meizu design. With a great-looking 5.5-inch 1080 x 1920-pixel display with the traditionally fast Meizu interface, and with a well-performing camera, the M3 Note checks all the essential boxes. Plus, it has very good battery life.

The most affordable phone in Xiaomi’s lineup, the Redmi 3s is one that stands out with remarkable battery life. After all it’s not everyday that you find a 5" phone with a massive, 4100 mAh battery. The Redmi 3s also features the entry-level Snapdragon 430 system chip, which might not break any benchmark records, but does provide fast and smooth performance in the daily grind. Its camera is also a level above other devices in the same price tier, providing very nice detail and good image quality. 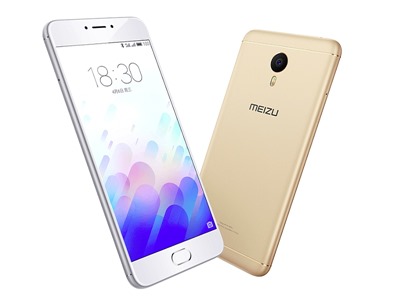 The new Meizu m3 is a direct answer to the stellar Xiaomi Redmi 3. And one that has what it takes to be a worthy contender: with a similar price, the m3 has a very refined and likable design, and adds the fingerprint scanner many Meizu phones don’t have. It runs the custom Meizu skin that is particularly fluid and runs well, it offers a very good camera and great iconography. Not bad for such an affordable phone, is it?

15 – Best Androi apps for learning,spanish, japanese, and other languages