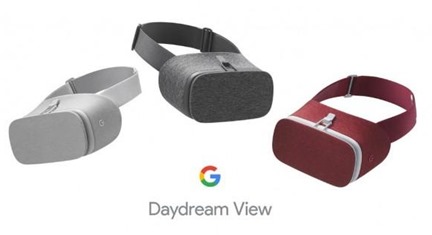 Back in early October, Google officially unveiled its first virtual reality headset meant specifically for the Daydream VR platform, called the Daydream View.
Since then, potential buyers have been waiting to see when the VR headset would launch with its $79.99 price tag attached. The wait will be over soon, as Google has officially announced that the Daydream View will launch on Thursday, November 10. It will be available through the Google Store, as expected, but Google is launching it through other channels as well:

You will need a Daydream-compatible phone to work with the Daydream View headset, which means that as of right now, you’ll need a Google Pixel or Pixel XL. Once the phone’s strapped in, you’ll be able to experience a variety of different VR experiences.
Do you plan on picking up the Daydream View for $79 when it becomes available?
Source: Official Google Blog