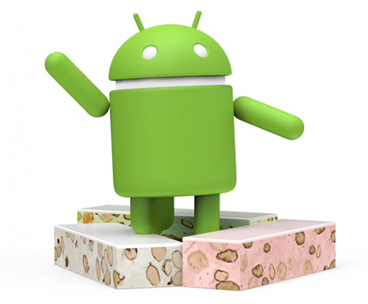 Last month, Vodafone was talking about the Android 7.1.1 Nougat update for its Nexus 6P, and now Google is making that update officially official.

Google has updated both its over-the-air (OTA) update site and factory images site to reflect that Android 7.1.1 is now beginning its rollout to a select number of devices. The Pixel, Pixel XL, Pixel C, Nexus 6P, Nexus 5X, and Nexus 9 are now receiving the update.

With the new software, Nexus devices will catch up in the software department to Pixel phones, including support for app shortcuts when long-pressing on an app’s icon. Also, support for round app icons is in there, among other new additions.

While these Nexus phones, and the Pixel C tablet, will be adopting some of the new additions that initially saw the light of day with Android 7.1 on the Pixel smartphones, it’s worth noting that they won’t be getting Assistant just yet.

The Verizon variants of the Pixel and Pixel XL are also receiving the Android 7.1.1.

If you have these devices, are you looking forward to the update?

Pebble is shutting down, with Fitbit acquiring the company’s assets

15 – Best Androi apps for learning,spanish, japanese, and other languages