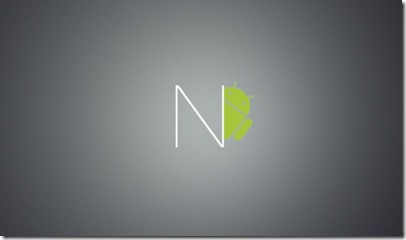 Google has released its Android distribution numbers for December 2016, and the company’s latest OS versions have continued to rise this month. The latest release, Android 7.0 Nougat, has grown from 0.3 percent to 0.4 percent. Android 6.0 Marshmallow has grown at a larger rate, increasing from 24 percent to 26.3 percent. 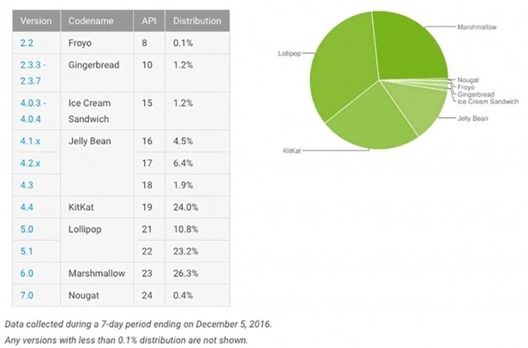 Google continues to struggle with the issue of fragmentation. Though the company has worked to streamline and expedite the update process, the industry continues to struggle with updating product lines in a timely manner. The problem hasn’t significantly hindered Android’s growth as a whole, but it does lead to issues with customer satisfaction, as customers wait long periods of time for major software updates.

Unlocked HTC One M9 now being updated to Android 7.0 Nougat

DEAL: Alcatel Idol 4S selling for $349 without its VR headset