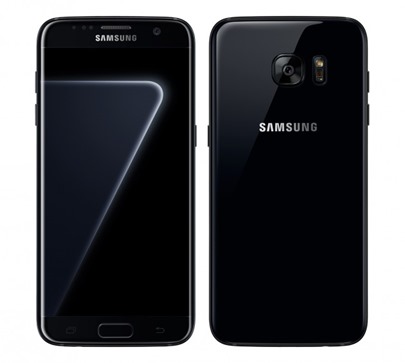 In November, word on the street surfaced that suggested Samsung was planning on launching a “glossy black” Galaxy S7 edge in an effort to bring some attention back to the flagship.

Now that device is officially official. Known as the Black Pearl Galaxy S7 edge, Samsung says that it will launch the device in “select markets” on December 9, without actually announcing which markets those are.

The Black Pearl Galaxy S7 edge is similar to the Black Onyx variant that launched earlier this year, but with one key difference: the Black Pearl model is blacked-out, including the metal edge lining the handset. Samsung says this gives it a “modern and striking” look.

The other key difference with this newest color variant is the fact it includes 128GB of built-in storage. Up to this point, the Galaxy S7 edge was only offered with 32GB or 64GB of built-in storage, so Samsung has delivered for anyone who has been wanting extra space.

What do you think of the newest Galaxy S7 edge? Will you be picking one up if it launches in your neck of the woods?