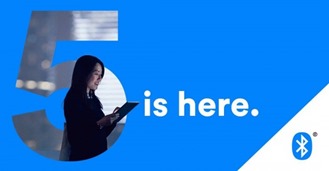 Bluetooth continues to improve over the years, and that trend continues with the official approval of Bluetooth 5, which was initially teased earlier this year.

With the Bluetooth 5 protocol being approved, it means that upcoming devices can implement the technology if possible. It also means that the Bluetooth SIG will drop version numbers and the point numbers as it aims to streamline branding.