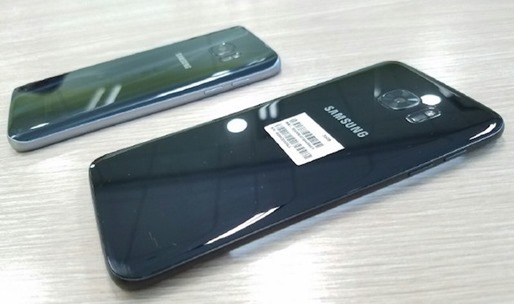 A recent rumor suggested that Samsung planned to revitalize the Galaxy S7 brand by launching a new color option in December called “Jet Black”, which would directly compete with Apple’s own Jet Black iPhone 7. Without the Galaxy Note 7 to buoy sales leading into 2017, Samsung also hopes to keep folks interested in its other flagships.

Now, thanks to a Samsung official posting to Weibo, we get to see the first images of what is being called the “Glossy Black” Galaxy S7 edge. The device is certainly eye-catching in its shiny new coat of paint, but there’s no word on whether or not the new model is prone to scratching like Apple’s Jet Black iPhone 7 is.

While we’re now getting to see the handset in the wild, in admittedly less-than-flattering photos, we still don’t know its launch date or where it’ll be available. The initial rumor said December, so we might not have long to wait to find out.

What do you think of the Glossy Black Galaxy S7 edge?

Unlocked HTC 10 now getting Nougat update in the US

Unlocked HTC One M9 now being updated to Android 7.0 Nougat