Pebble is shutting down, with Fitbit acquiring the company’s assets 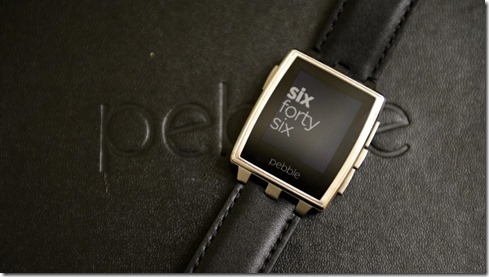 Pebble has announced that, as of today, the company is shutting down as an independent entity. Pebble’s former competitor, Fitbit, will be acquiring key Pebble assets, exlcuding the company’s hardware products. The news comes after a long period of silence from Pebble that gave way to rumors of the company’s acquisition by Fitbit.

As a result of the shutdown, Pebble is ceasing all hardware options. This includes current and future devices. The Pebble Time 2 and Pebble Core will all fail to reach final production. Eligible backers of these products will refunded entirely, including shipping, taxes, and duties that have been paid. The only Kickstarter item that won’t be refunded is the early Pebble 2 model that was shipped to backers. Those who received a Pebble 2 will not receive a refund for the early model.

Current Pebble devices will continue to work as usual. The remaining team is working to reduce device dependency on cloud services, so as to allow the devices to function further into the future. No returns or exchanges, warranty or otherwise, are available.

Fitbit is acquiring a majority of Pebble’s team and resources, offering hope to users who believe in the company’s philosophy towards wearable technology. Fitbit will use Pebble’s industry expertise to better develop health and fitness wearables, but it will not be continuing Pebble’s product lines.

Pebble users have voiced their dissatisfaction at the acquisition. Common themes of disappointment and betrayal run through the comments on the company’s announcement. Over its life, Pebble built a dedicated following that stood against the mainstream wearable market. The company’s unique offerings appealed to a niche market, and it is unlikely that this niche market will comfortably transition to Fitbit.

For more information, see Fitbit and Pebble’s statements at the source links.