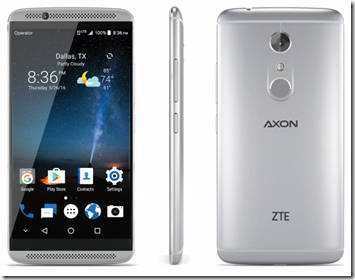 Additionally, ZTE has added Force Touch technology, which allows the display to sense pressure levels and react in different ways. This is the first time that ZTE has used Force Touch in a US device, though customers are aware of the functionality due to Apple’s recent iPhones implementing the same technology.

Other specs of the Axon 7 remain the same, such as a 5.5-inch QHD display, Snapdragon 820 processor, Hi-Fi audio and dual stereo speakers, and a 20-megapixel camera with f/1.8 aperture. This enhanced version of the Axon 7 is available in limited quantities through ZTE’s website and can be purchased for $499.98.

HTC 10 evo is the international Bolt