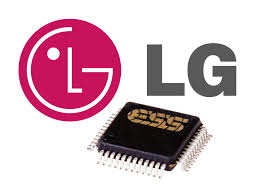 While the LG G6 isn’t quite official just yet, that hasn’t stopped the Life’s Good crew from teasing plenty of its features, and teasing the rest of the handset at the same time.

Ahead of an official press release regarding the handset itself, LG has announced that the early-2017 flagship will boast an upgraded 32-bit Quad DAC. This is possible due to LG’s

continuing partnership with ESS Technologies, and it will be a continuation from the Quad DAC support we saw LG launch with the V20 in 2016.

LG says the upgraded 32-bit Quad DAC in the G6 will allow customers to control the left and right audio channels separately, allowing for a more balanced sound. It will also reduce static noise. And LG notes the integration with the internal circuitry results in distortion levels being reduced to just 0.0002%.

We’ve already allegedly seen the LG G6 out in the wild, and we know that it will be a phone with a big screen and minimal bezels. It’s expected to arrive in South Korea on March 9, following its debut on February 26 at Mobile World Congress. Rumor has it the LG G6 will launch in the United States on April 7.

Are you getting excited for the LG G6?