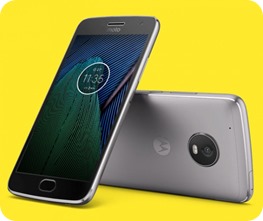 Following rumors that Moto is prepping a new entry into its G series of Android phones, the two upcoming models have fully leaked out.

Retailer Ktronix today posted product pages for the unannounced Moto G5 (above) and Moto G5 Plus (below), revealing both the design of the devices as well as their spec lists. The phones will feature a similar look with a “high-grade aluminum finish.”

When it comes to specs, here’s what Moto’s next two affordable phones will offer:

These rumored specs may not blow anyone away, but the Moto G phones have always been about offering low-end to mid-range specs for an affordable price. These Moto G5 and Moto G5 Plus phones look to continue that trend while adding aluminum finishes to make them feel more premium.

There’s no word on when the G5 and G5 Plus will launch, but Moto is holding an MWC 2017 event later this month, so we may learn more soon.